On October 4th, 1959, in Kansas City, Missouri, Elka Camera was having an Out They Go at Ridiculous Prices sale on the 1958 and early 1959 models of various cameras and projectors. Included in that Eisenhower era blow out sale was a Kodak Brownie Movie Kit, with an 8mm camera sporting a 13mm f2.3 lens, model 77T. Also included was a two lamp light bar complete with bulbs.

I doubt if this particular camera was sold at that store, but if it had been it would have been reduced from $39.95 to the ridiculously low price of $14.98. And it would looked just like this (only new). 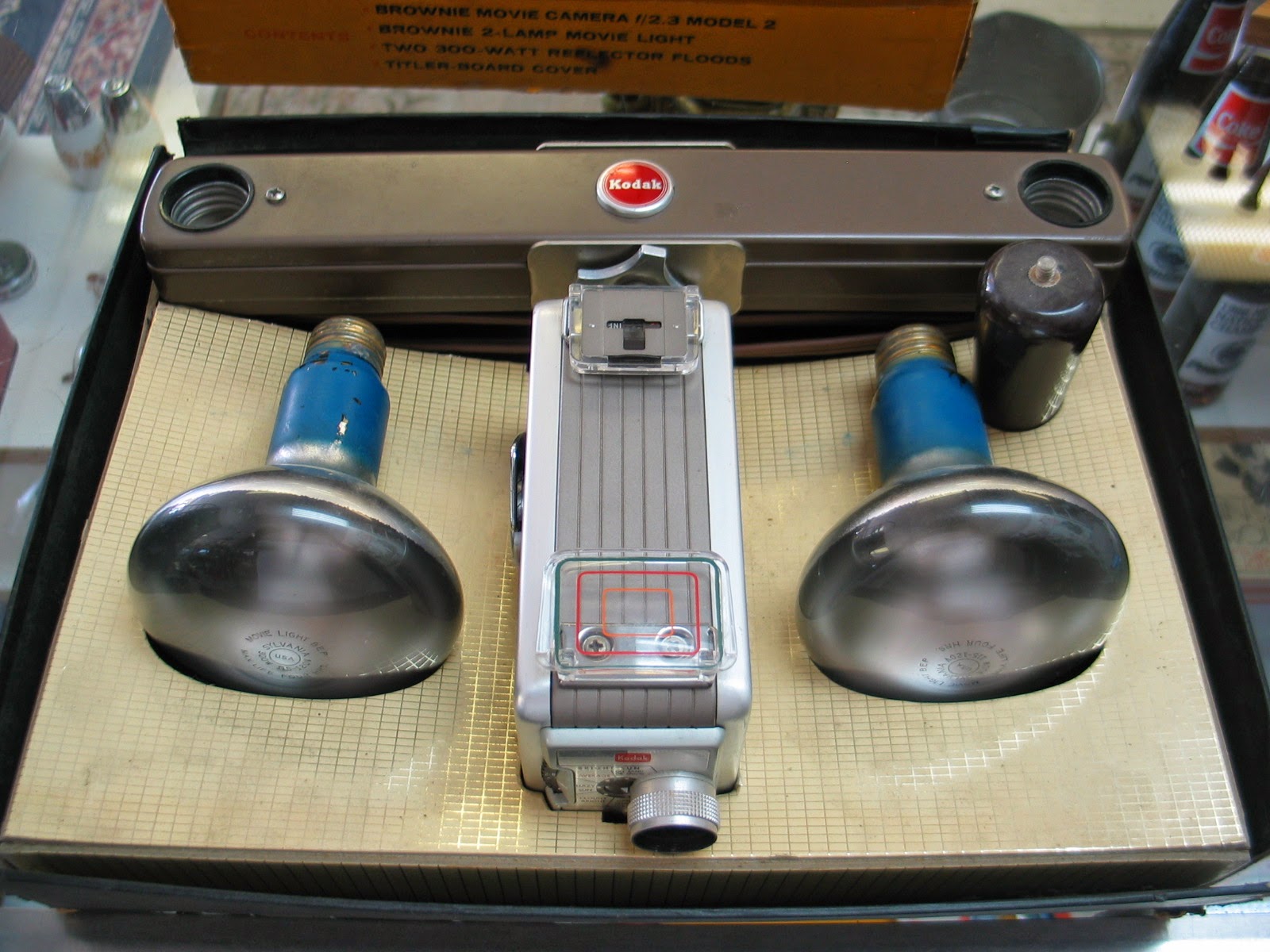 Care to see more? Step into the dark room and lets see what develops.

I found one for less than $115 of today's money and snatched it up pretty much to create this blog post. I've taken pictures, preserved it for posterity, and played with it all day. Now it's for sale in our thrift store for $45. Get 'em while they're hot! 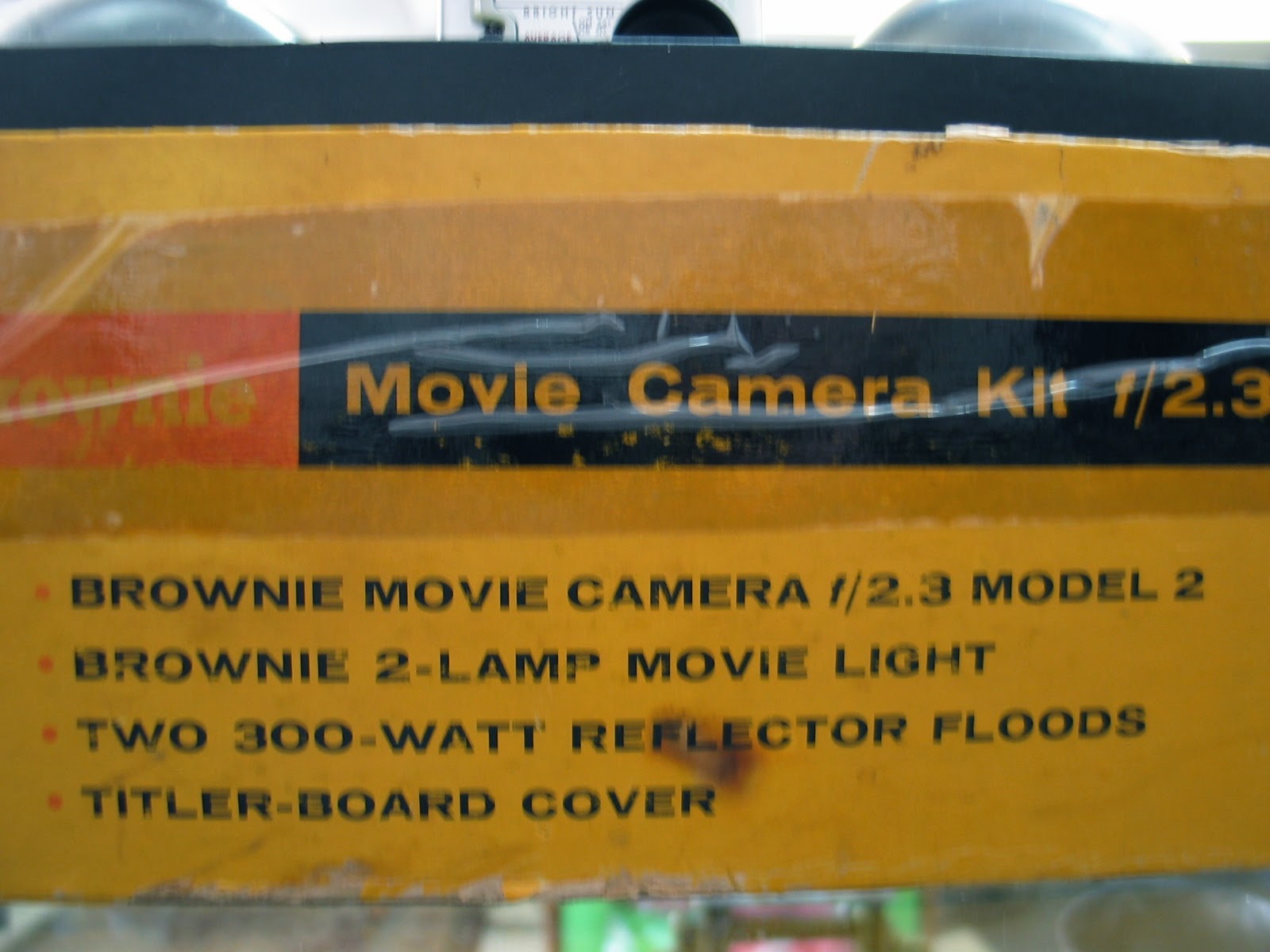 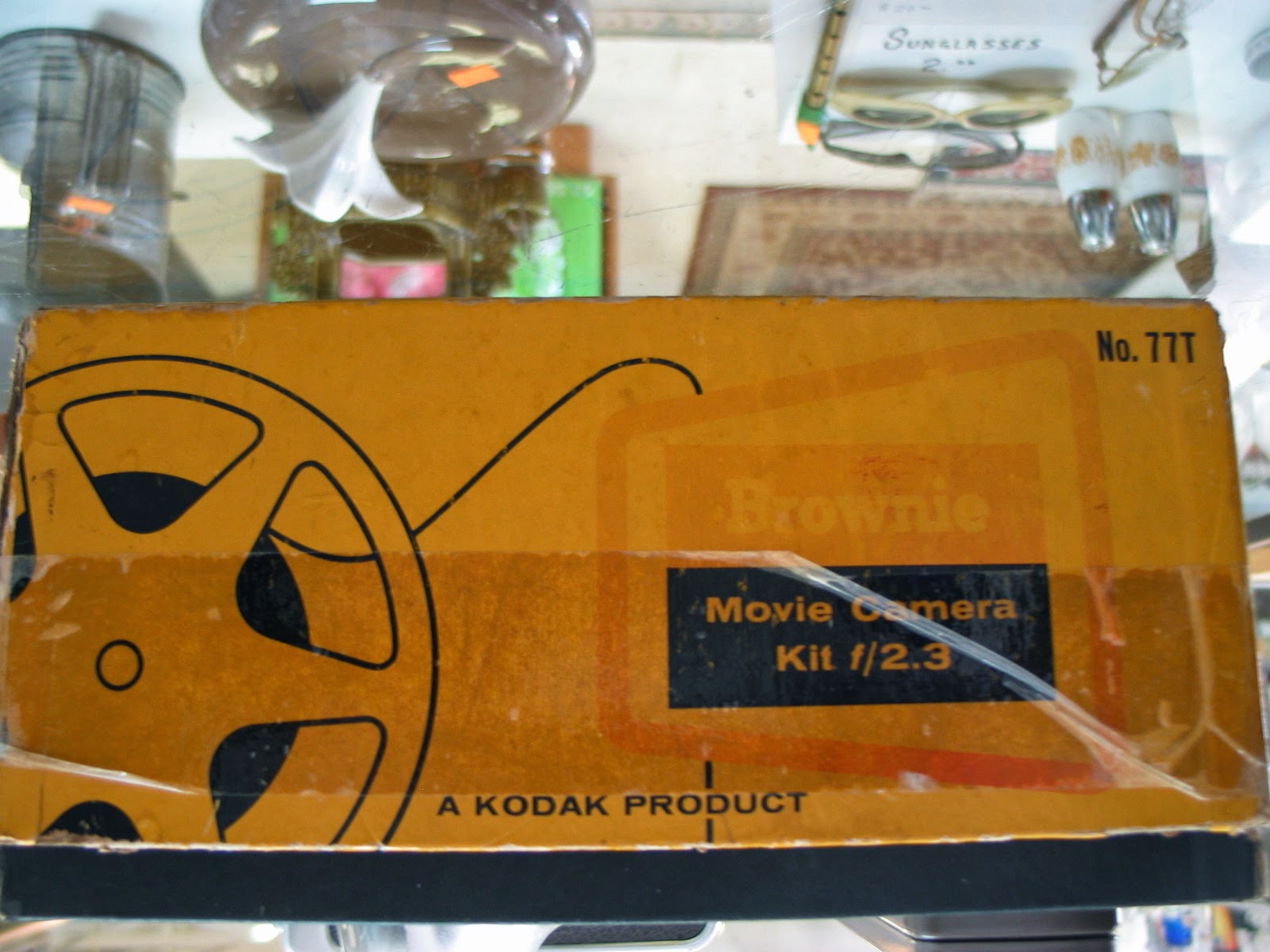