OK, let's say you are a midcentury aficionado. And let's say you want a period correct telephone for your pre-war to mid 1950s interior design. You know, just like the one Lucy & Ricky had.

This is what you're looking for. A Western Electric Model 302. This one is from November, 1939. It has an E1 handset. And it is missing the clip on piece that holds the phone number (which I call a dial center). But the best part of this phone is - IT WORKS! Come on inside and get the full scoop on these telephones.


OK, so I'm at an auction and this phone comes up. It looked terrible, but I had to have it. I like Ricky and Lucy too. Going once, going twice, sold to Dave the mid-century guy. This is what it looked like when I bought it.

This one is from November, 1939. You can find the date stamped on various parts on the inside. This one had 11-39 stamped on it. This phone was introduced in 1936, and was replacing its predecessor by the tens of thousands by 1937. The body of this one is made of cast zinc instead of the nearly indestructible plastic you're used to (which in the 1940s was called thermoplastic tenite). 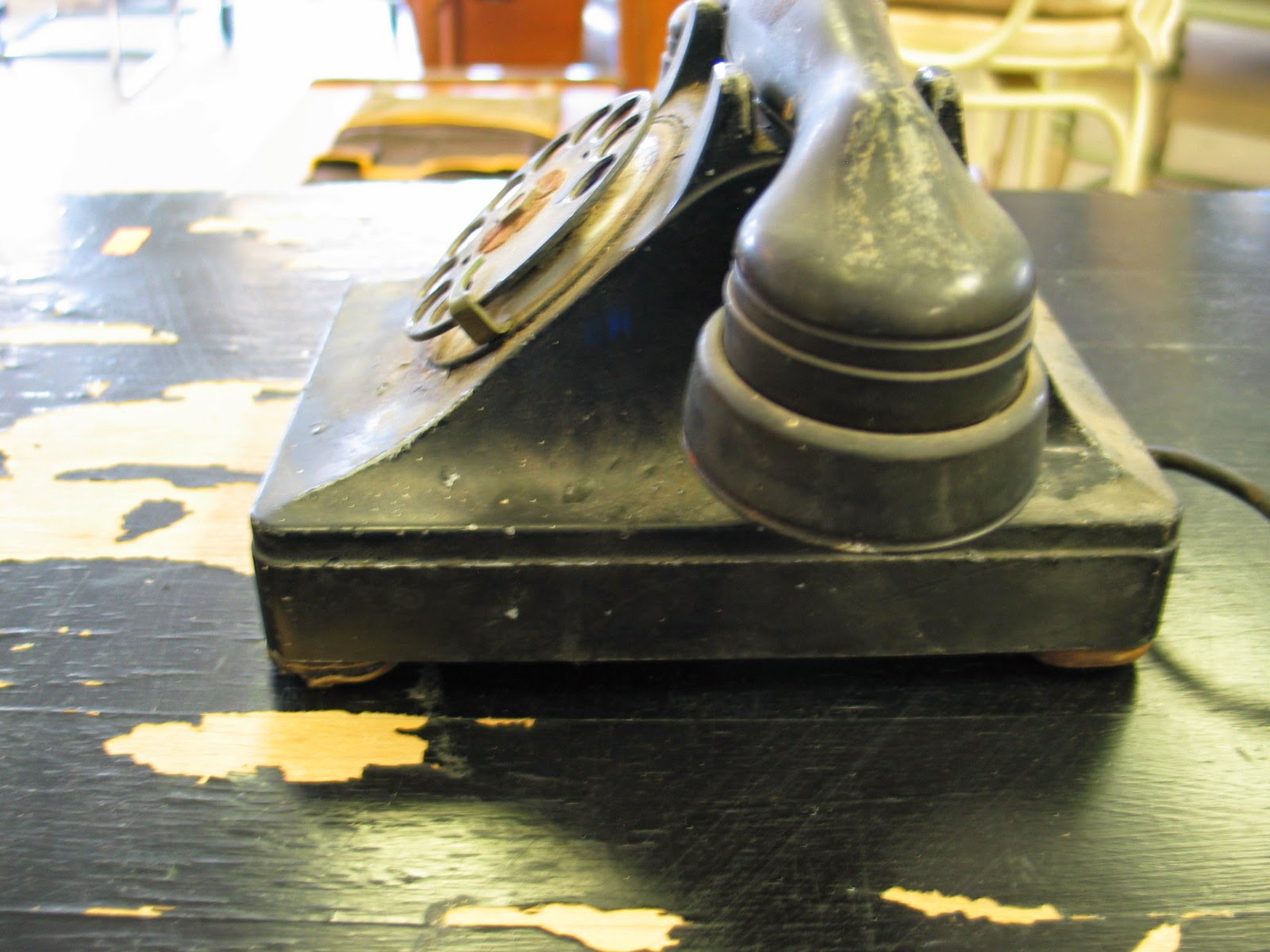 A model 302 that you find in the wild (as opposed to ebay) will most likely be close in condition to this one. This zinc bodied example has metal corrosion bubbles under the paint, scratches, and places where the paint has just worn off. The plastic bodied ones were molded in black and the color went all the way through. The could have scratches and wear and tear too, but with patience they will polish up pretty nicely. 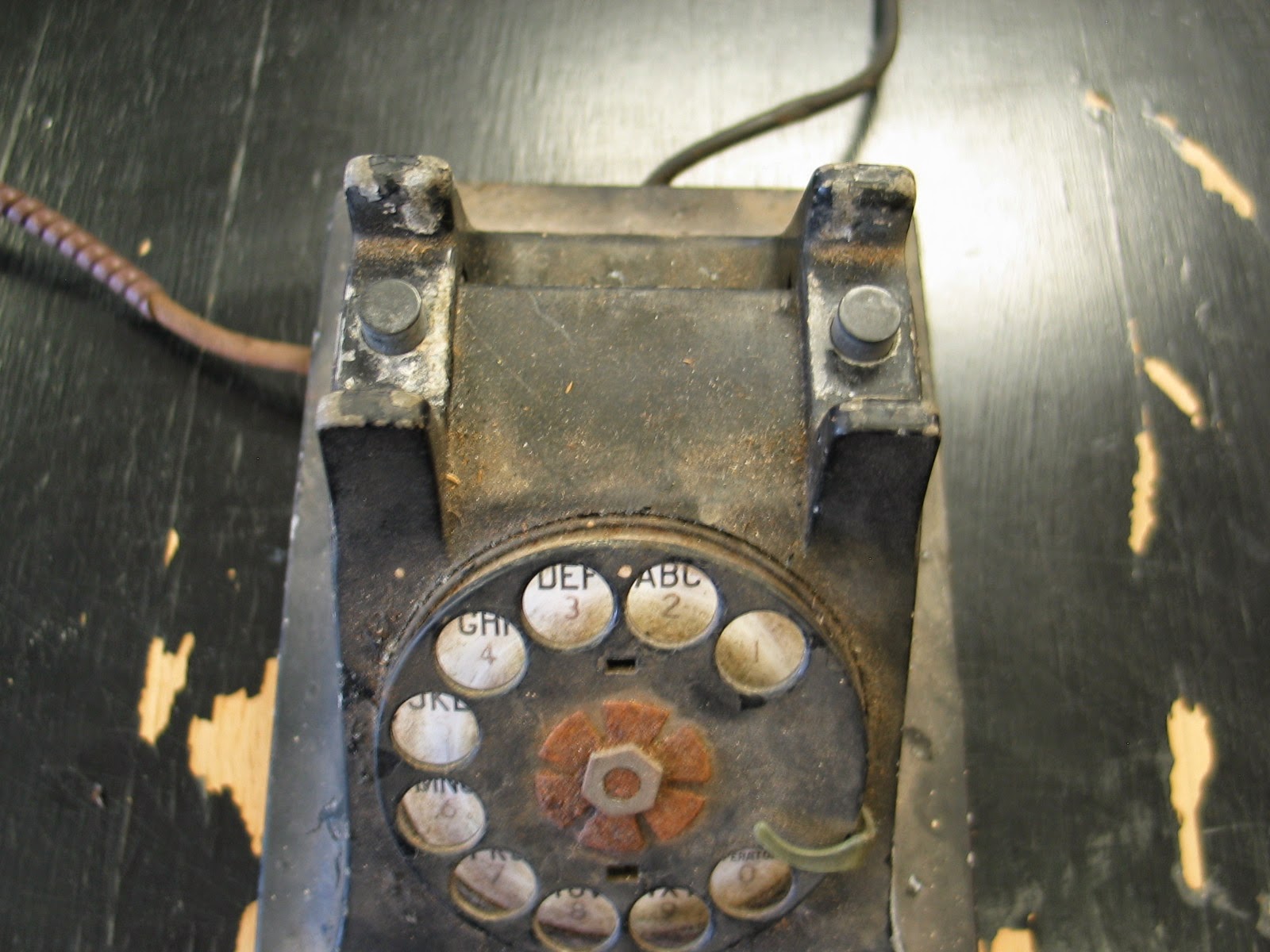 The ruggedness and durability built into these phones makes it likely that your phone will work without too much difficulty when you get it home. This one did and its almost 75 years old. All I did was strip the end of the wall cord and connect the red and green wires to a modular cord that I also stripped. These wires are very thin and delicate, but splicing them together can be done. 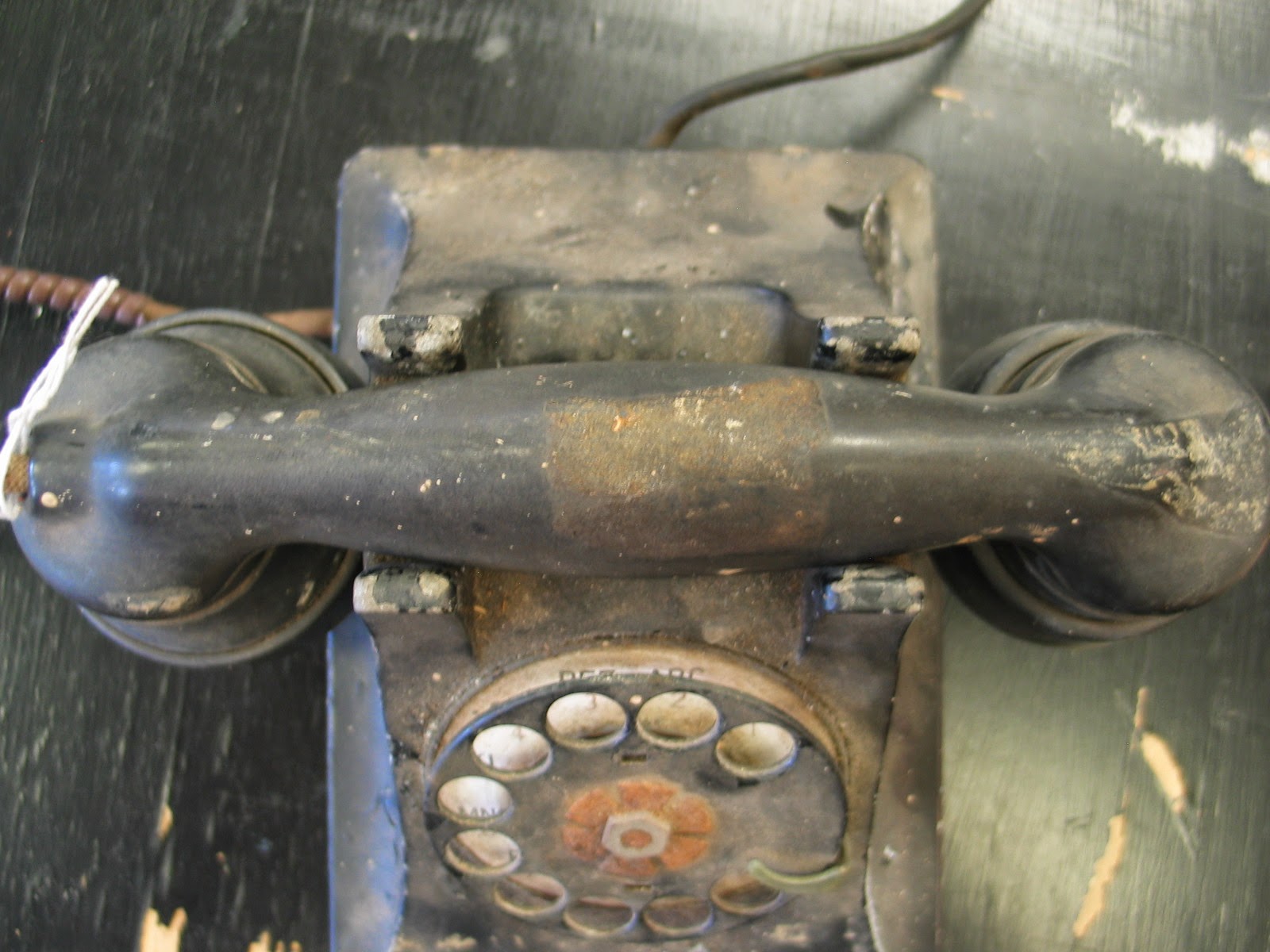 One caveat - if your home phone service is provided by a cable company and is called Voice Over Internet Protocol or VOIP your rotary dial phone won't work without some extra magic stuff to adapt it. In that case I'd make the phone a really cool table decoration. I don't know if I'd spend the time and money to adapt it. 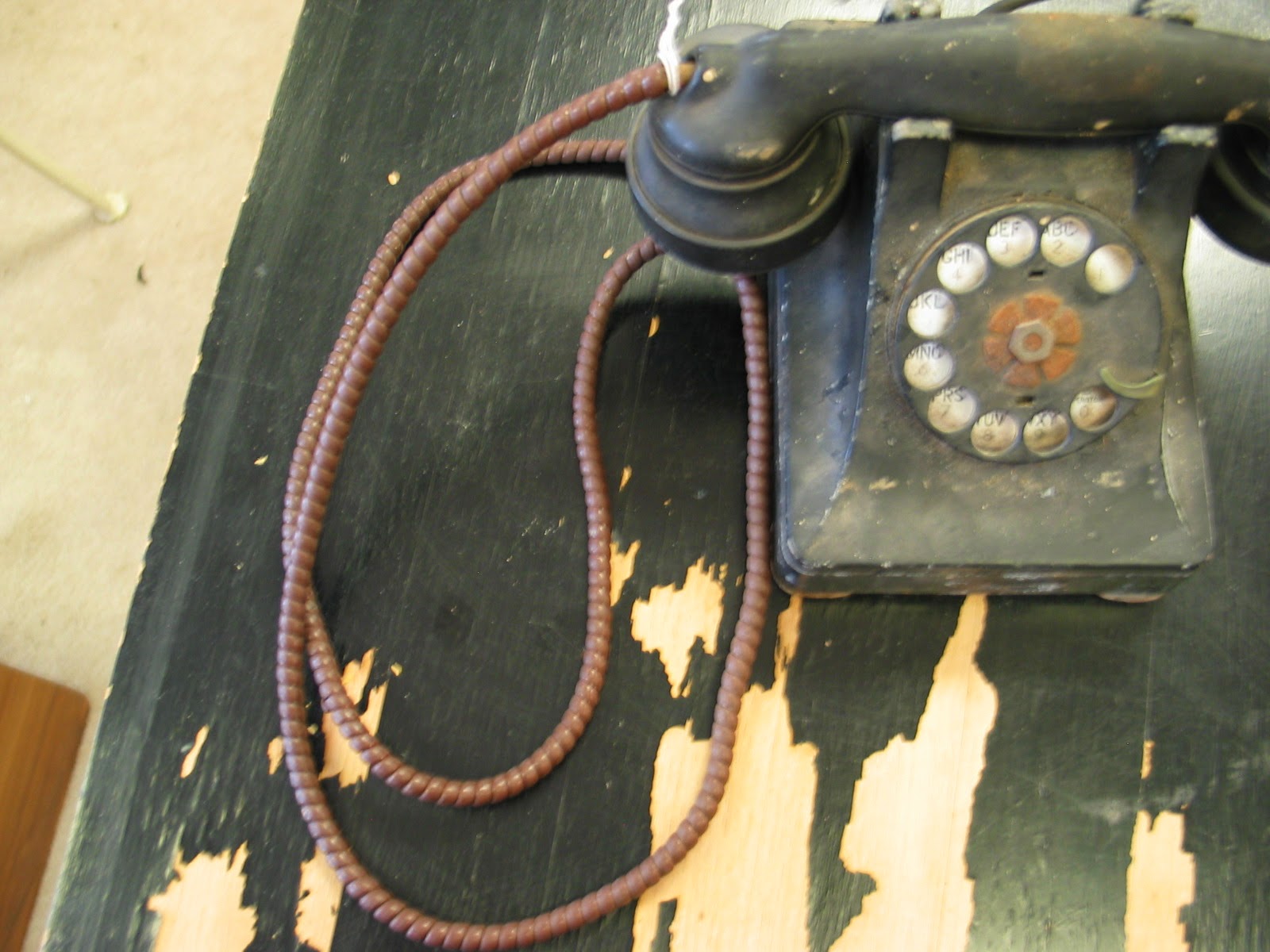 You'll notice the 302 has a straight handset cord. Coiled cords didn't become "the thing" until the mid 1950s. For your own phone, in your midcentury house a coiled cord would be acceptable as these phones were the standard until the early 1950s and upgrades like coiled cords were made along the way. 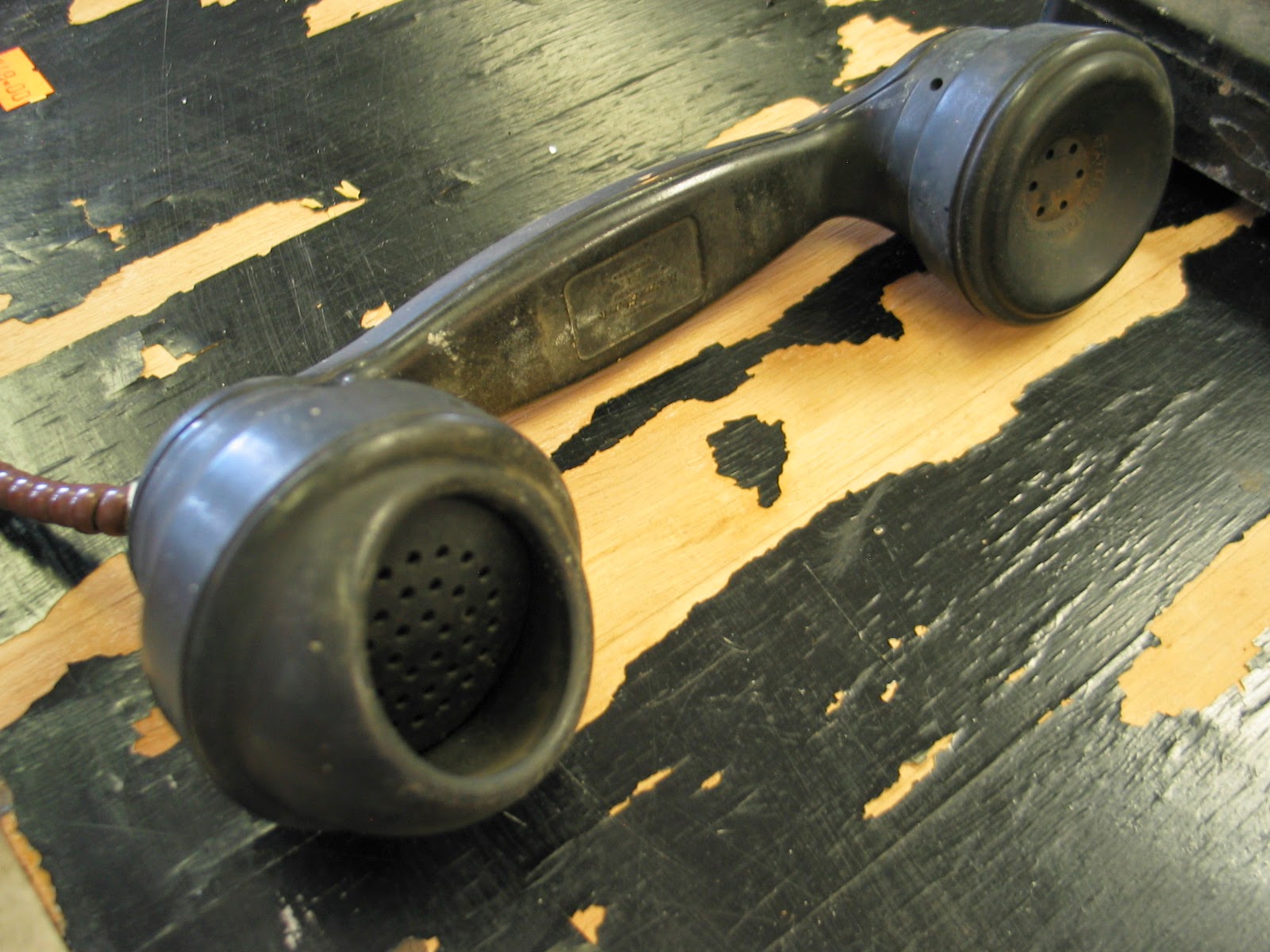 This is what is called the handset. This is a model E1 handset. You'll notice the cup on the mouth end and a difference in the overall shape from what you're used too. The E1 handset didn't last much longer after 1939. If you find a newer one it will probably have a more familiar looking F1 handset or even a modern G1 handset. Google the words Western Electric and F1 or G1 handset and you'll see what I mean. All three handsets would be correct on this phone in your midcentury home. 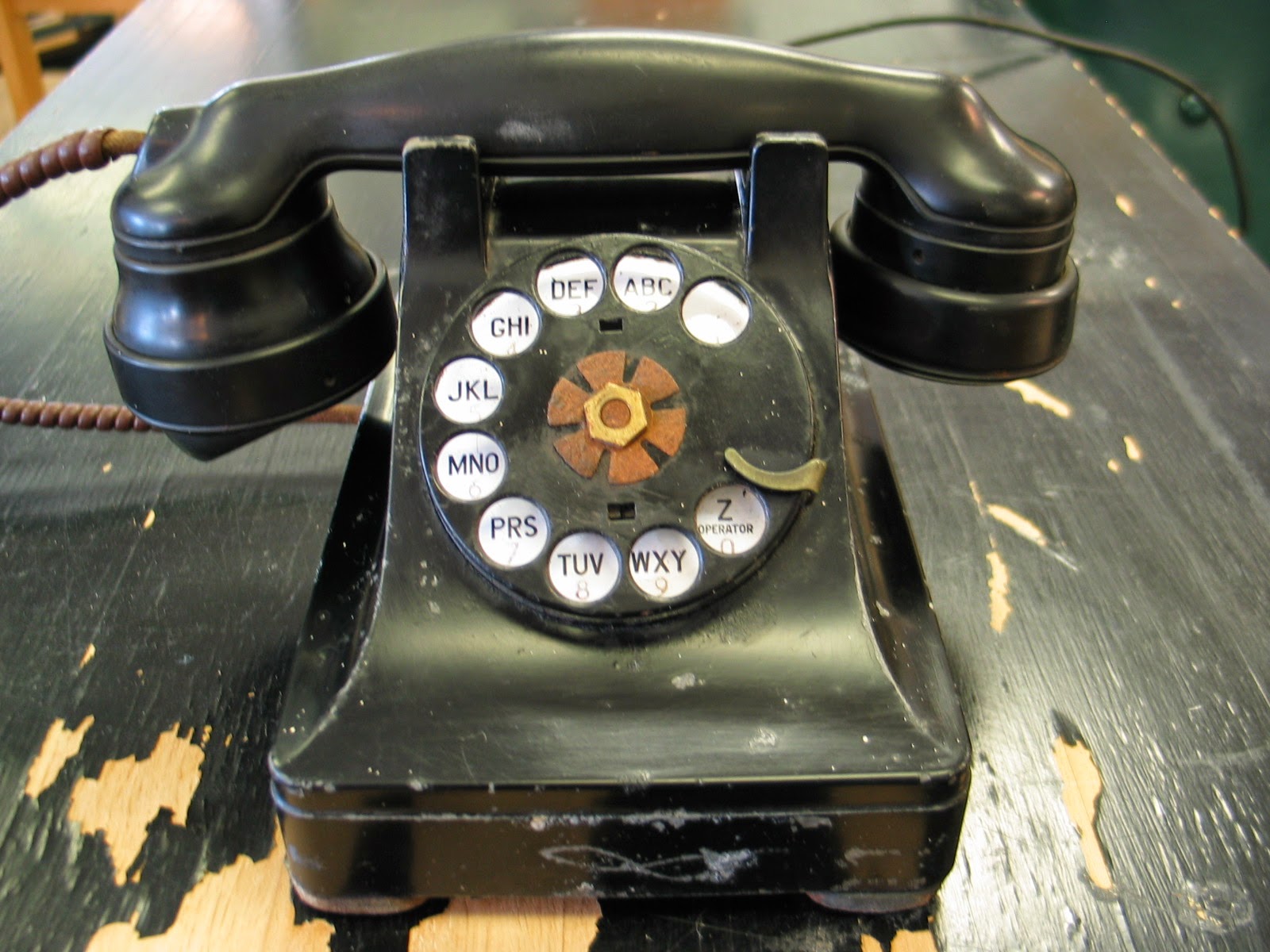 Here's what mine looks like after about an hour with Goo Gone and 0000 steel wool. 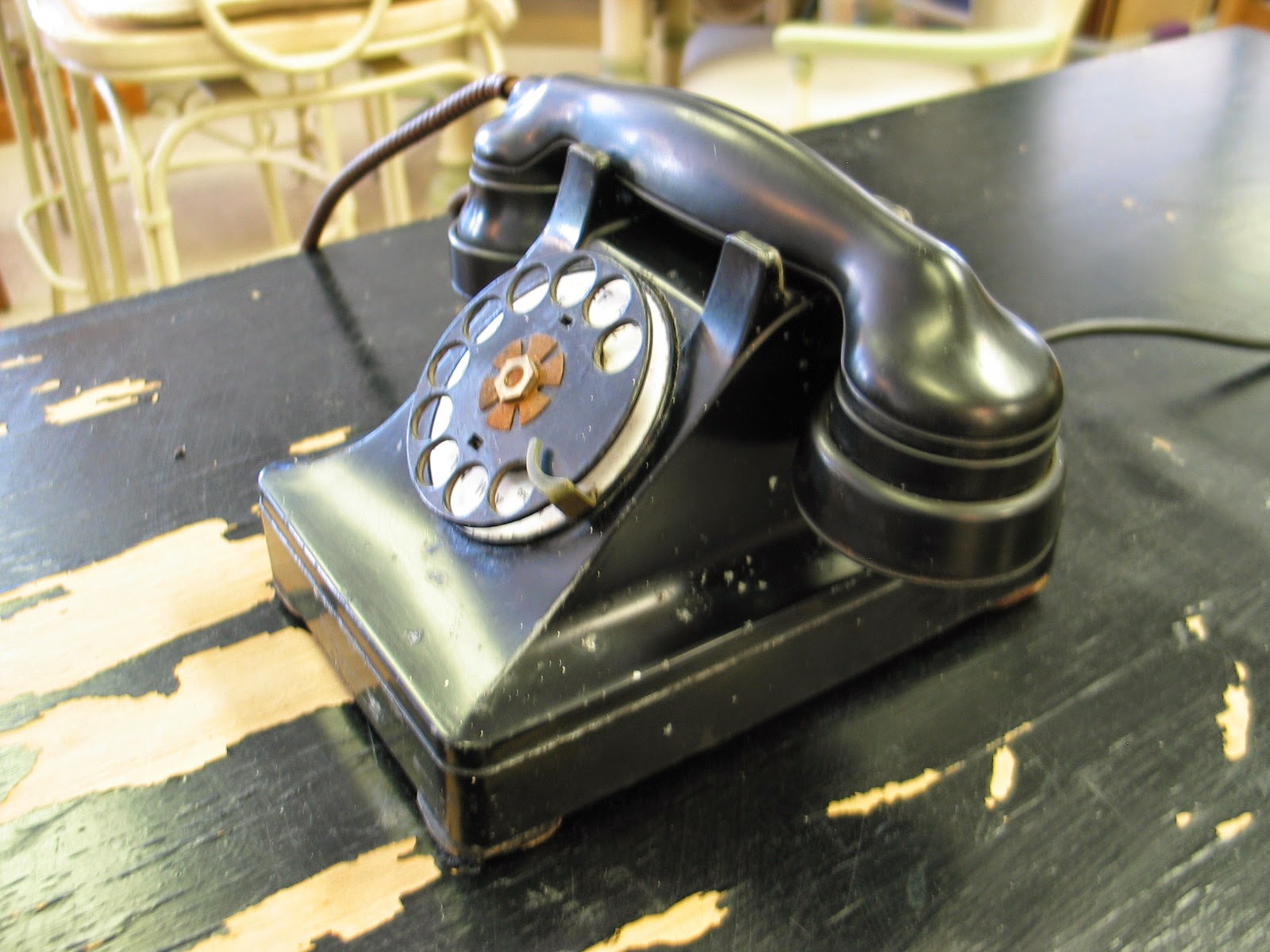 I'll probably leave it like this. I like patina, but not too much patina - if you know what I mean. 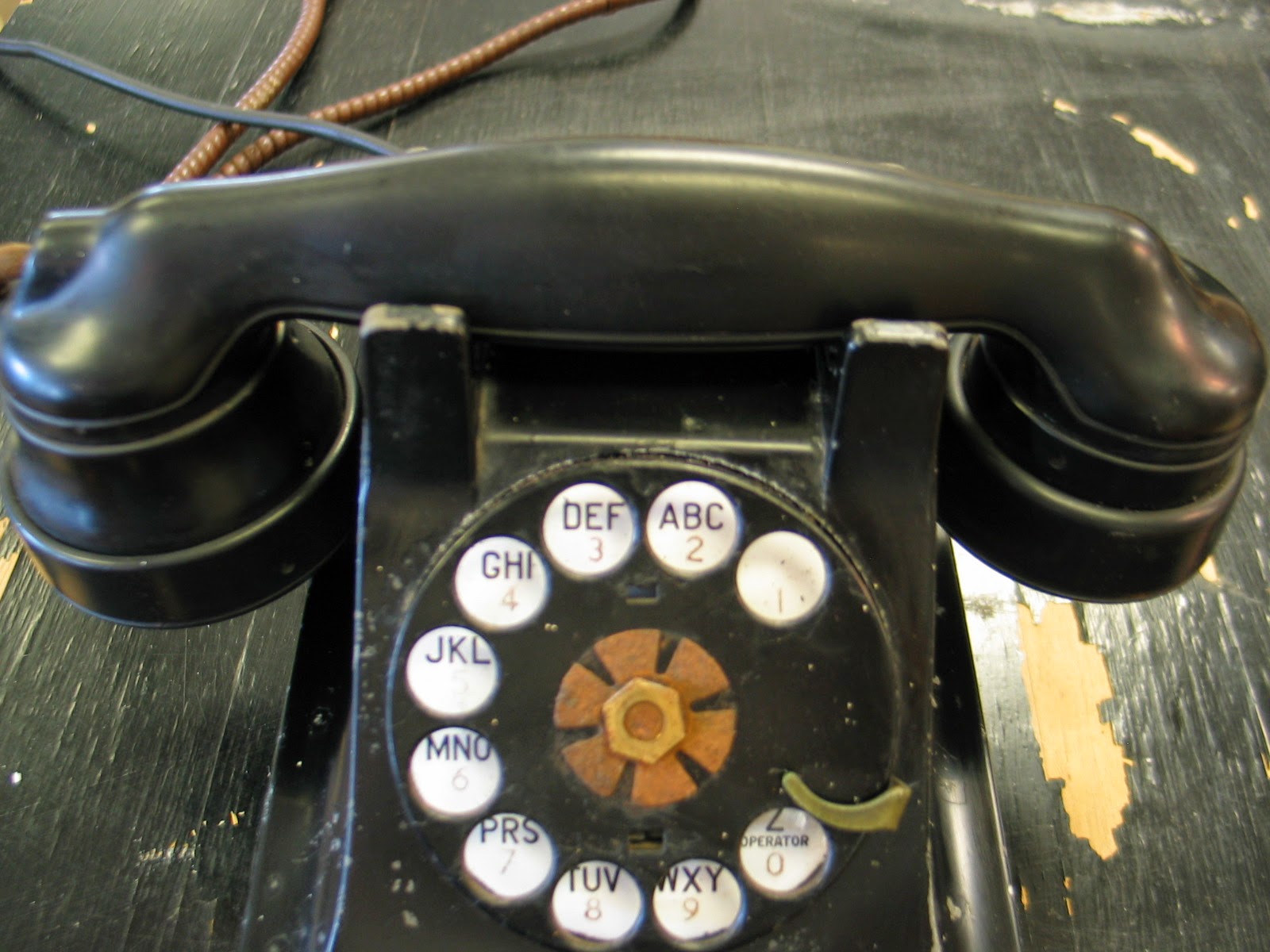 So - find yourself a Western Electric model 302. Working or non working, its the one you need if you're doing the pre-war to mid 1950s (or I Love Lucy) in your place.

We'll be right back with . . . more stuff.
Posted by Dave