A Quick Drive Around Vegas With Bob


When I got here in the 60s things were different. For one thing What Happens In Vegas Stays In Vegas was so obvious it didn't need saying. The other thing was - the mob ran things. This town was safe, you could eat for pennies, and drink for free. The mob wanted you to leave all of your money here so they made it very enticing for you to stay. The longer you stayed the more money you lost. Ah, the good old days.

Hey, did you ever see the film Casino with Robert DeNiro, Joe Pesci, and Sharon Stone? It was filmed here.

Let's go drive by the house that appeared in the movie as DeNiro and Stone's home.


This is the house used in the film. Sam Rothstein (Robert DeNiro) and his wife Ginger (Sharon Stone) lived here. It sits on the same golf course in the scene with Joe Pesci talking trash about the FBI flying over in a plane. Don Rickles was also here.

Speaking of Don Rickles - I Love This Man! There was this one night when Don, Bob Newhart, and I crashed this party at Debbie Reynolds place and (edited by Dave) 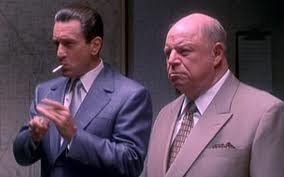 Remember this scene where they blow up the car DeNero is in?

Here is a picture of the real guy the movie was based on, and the real car that was blown up.


Well here's the house Debbie lived in in Vegas. I could tell you stories, but Dave would probably edit them out. Oh, by the way. It's for sale. 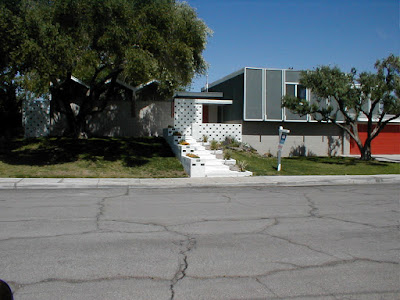 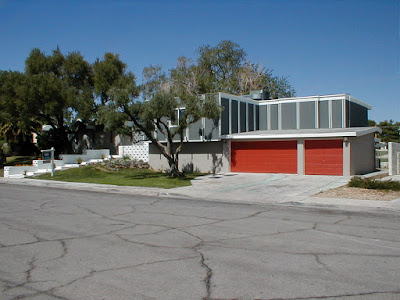 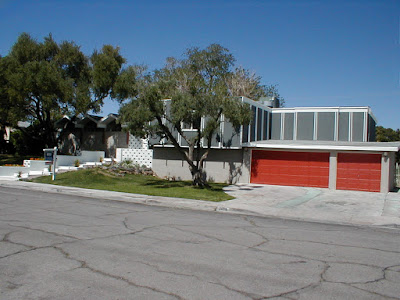 You know who else lived in this very same house? Sonny Liston. He was a champion heavy weight boxer back in the early 60s. He had alleged ties to the mob (Gee, and he lived in Vegas?) and died in this very house. The Sonny Liston Death House, For Sale in Las Vegas. Debbie & Sonny. A little something for everybody.

Here's a couple of pix of the houses in the Debbie Reynolds/Sonny Liston Death House neighborhood. 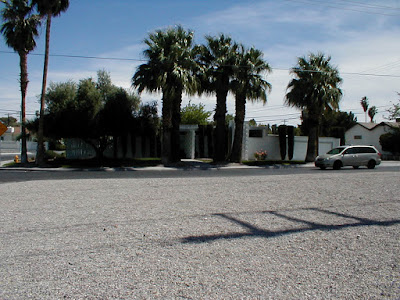 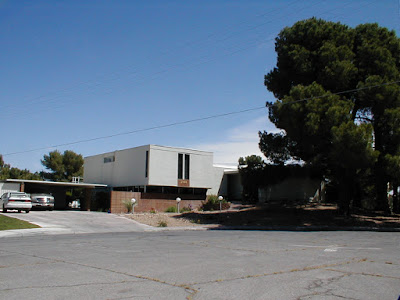 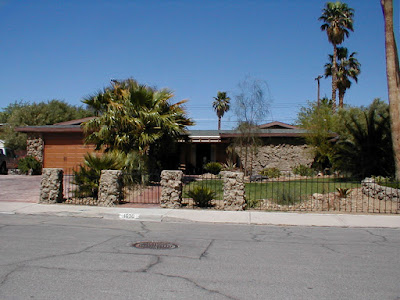 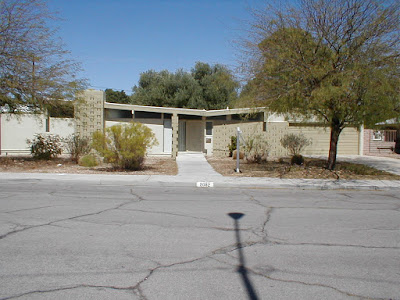 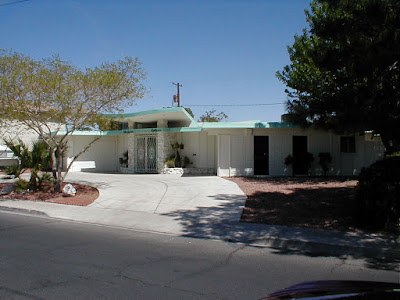 One more place to show you before I get back to the chicks waiting for me in the other room. Here is one of the earlier homes of my friend Wladziu Valentino Liberace. I call him Lee, you call him . . . 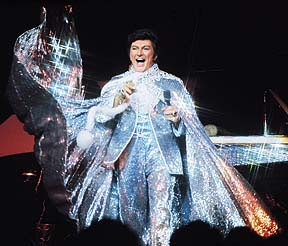 Lee had several homes over the four decades he lived and played here. This is the one that has the sixty five thousand dollar bathtub in it. 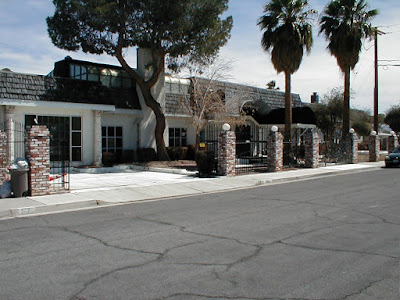 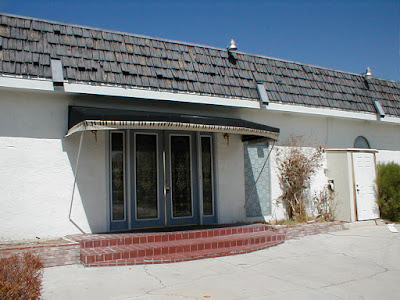 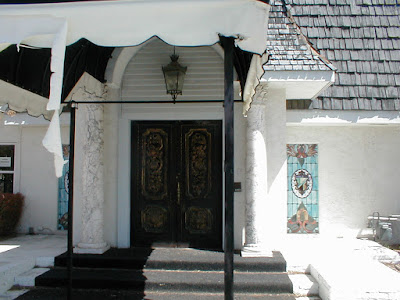 I read on this very blog once about the African Queen being in a sorry state of disrepair sitting down in Key Largo. Unfortunately this is happening to this house too. It was recently sold at auction, but nothing is being done to it. One day it will slip unnoticed into history, or be torn down and be gone for ever. Too bad.

Hey, dudes and dudettes, I gotta split. This has been Bob Oster, your Vegas tour guide, saying  If it's old, it's gold.