Quite popular in the late 50s to early 60s was this set of wall hangings called Four Seasons.


Want to know everything about them that I know?

They were made by Metalcraft and sold for less than two bucks each at G.C. Murphy, and other fine variety stores. The complete series included four framed panels each with one of the four seasons stamped into metal creating a three dimensional scene. As you would imagine the four panels were named Winter, Spring, Summer, and Autumn. Each piece had a label on the back describing all four scenes, along with hanging suggestions to create four different arrangements on your wall. 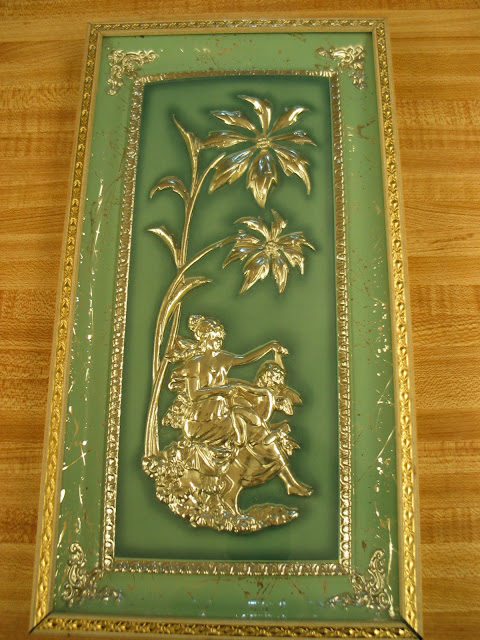 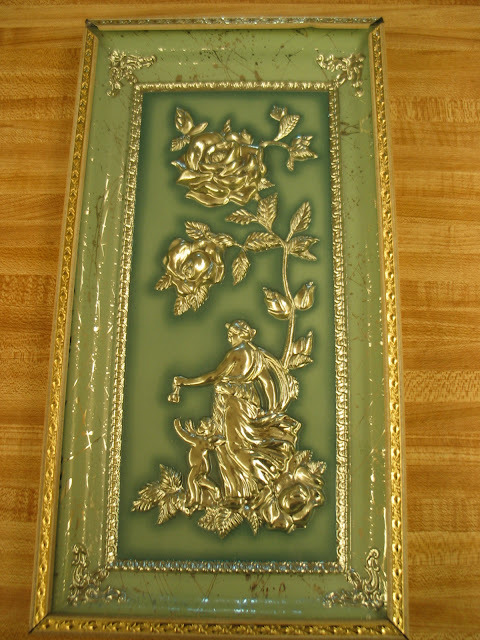 The four different images representing each of the seasons are some variation of a goddess, cupid, and a flower. They look like they're matted but again that's stamped metal. They're built into stamped metal frames and covered with what feels to me like plexiglass. These pieces are fifteen inches tall by eight inches wide and about an inch thick. Now that I'm thinking about it they seem a little shadow box-ish. 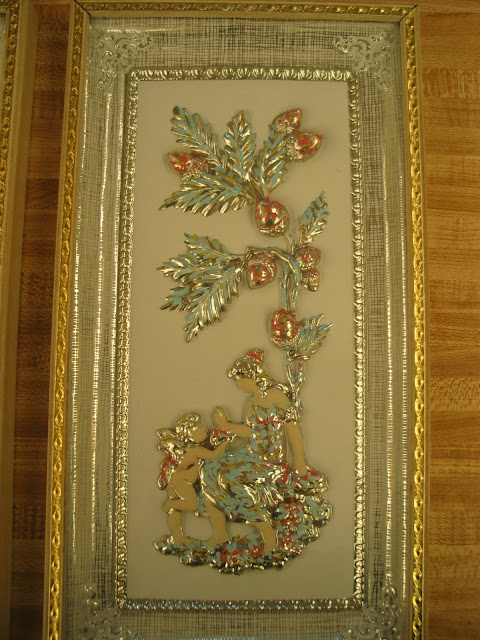 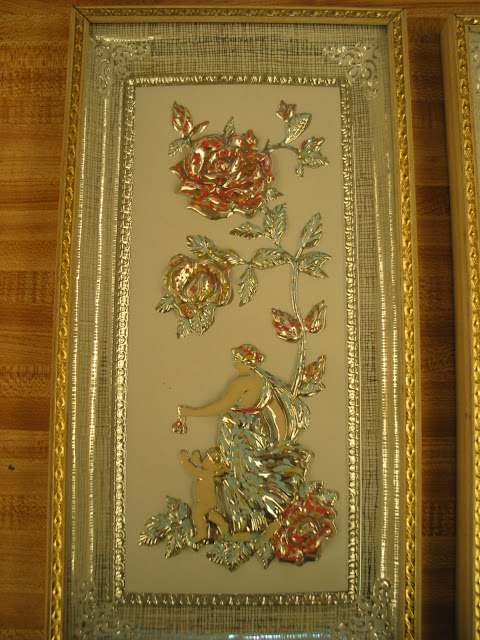 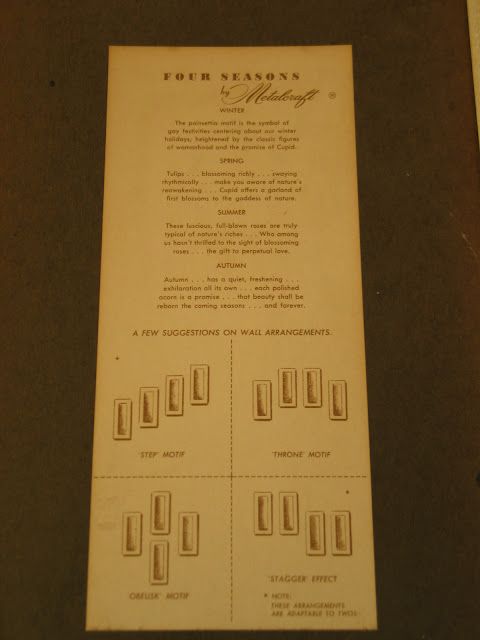 There were at least three different color schemes available. Shown below are what I'm going to call sage green, and the multicolored one. My mom had a set that I'd call lavender-ish beige. 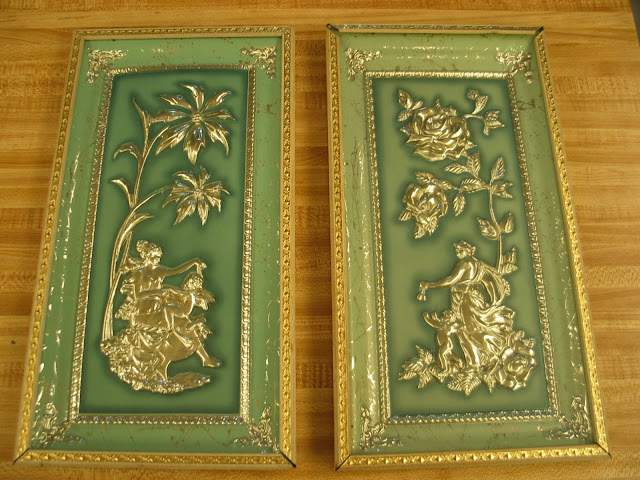 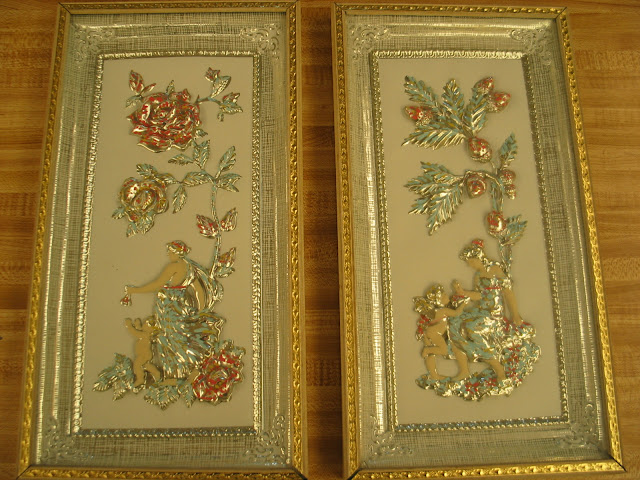 I found these at the Habitat for Humanity Restore in Ft Myers. In sage green I have Winter and Summer. The multicolored ones are Summer and Autumn. Looks like I have some to keep and some to trade. I'd like a complete set of one color. Wanna trade?