Sometimes I'm sitting here late at night. Nobody's up except me. It's quiet. It's dark. The only illumination is the glow coming off of my computer screen. And since that's directed right into my face I'm blind as to the rest of the space around me.

One night I felt something at my leg. Must be one of our mini Schnauzers. I reach down to do an ear scratch and I feel the edge of something hard. I turn the monitor around to shine some light toward whatever this is, and I see several little thrift store finds standing on the floor next to me. Some of them are carrying signs saying "We Want A Post". Some of them are carrying torches and pitchforks. Well, okay they're carrying matches and Taco Bell sporks, but from up here it looks like torches and pitch forks.

Their leader steps forward, it's Winter from the new set of MetalCraft Four Seasons wall hangings. He says to me "Hey, Mack, we're tired of sitting around wrapped up in newspapers and plastic bags. We want an article written about us and we want it now". When he called me "Mack" I thought he sounded a little bit like one of those gangsters from the old Black and White, Adventures of Superman TV show.

We negotiated a while. Here's their article. Issue #2 of stuff that didn't get its own post.


I've posted about MetalCraft's Four Seasons before. I had found four of them, at the Ft Myers ReStore, two in jade and two multicolor. They were vintage cool but no complete set. Now I have a complete set of all four seasons and in the exact same color that my mom had on our wall as I was growing up in the late 50s early 60s. Not sure what they called this color officially, but I'll call them beige. So here's the complete set.


Next up is some sort of interesting home decor item. It says Burwood Products on the back, and apparently this scene is identified as item number 4383. There is definitely a Van Gogh influence in the scene depicted. It will soon be found under the "Stuff Dave Has For Sale" tab at the top of the page.

Wonder Woman collects jewelry boxes and items similar. I found this one in Richmond, Indiana on day 3 of the road trip. Might be real leather on the cover. And the inside is lined with cherub cheeks. See how rosy it is? Cost? One whole dollar. 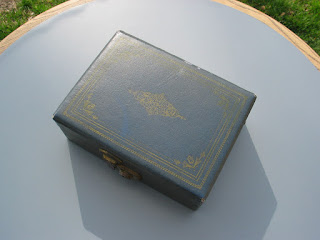 Wonder Woman also collects sewing machines and accessories. She has a old Sears Kenmore from the 60s that uses these cams to make various stitches. This complete box of thirty will be a surprise. I haven't told her about it yet. Four bucks for the entire box of thirty cams. 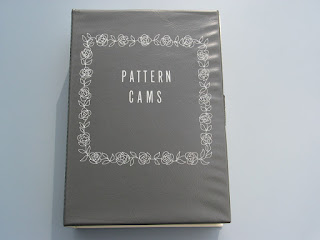 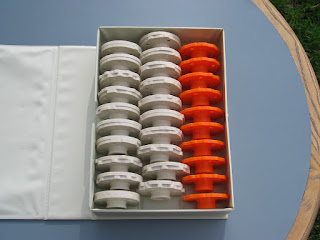 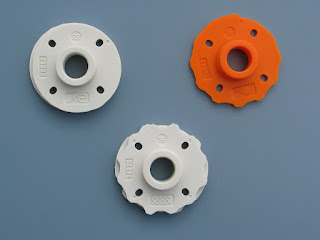 What would a post about mid century treasures be without some old china. From Salem China came the North Star pattern. I found this set (and forgive me, I do not know what the names for these pieces are) in St Louis. There are two dinner plates, two saucers, two small bowls, and four smaller plates. These might find themselves on the "Stuff Dave Has For Sale" page too. 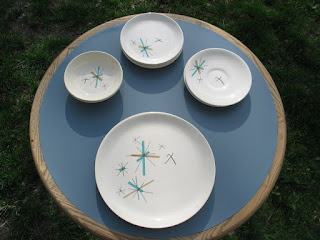 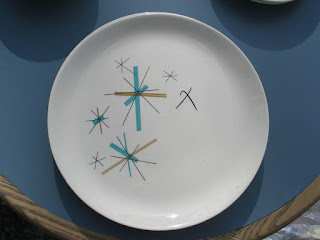 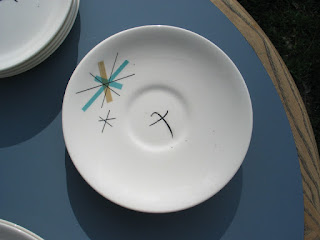 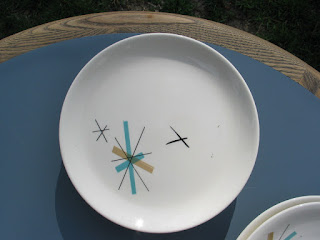 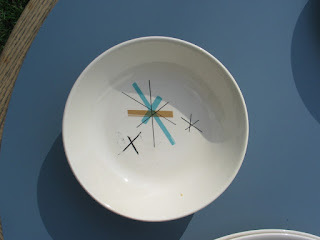 So that's issue #2 of Stuff That Didn't Get Its Own Post. Hope you enjoy reading it as much as I did purchasing all the stuff in it. And I hope there will be fewer late night protests.