I've heard it said that if you have at least three of something it ceases being clutter and becomes a collection.

This is my collection (barely, there are only six items) of ceramic animals. It's not a small collection by choice, it's just that I don't collect just for the sake of collecting.

Something in this category has to speak to me. These six items spoke to me, and I knew exactly what they were saying. They were saying "Buy me!" 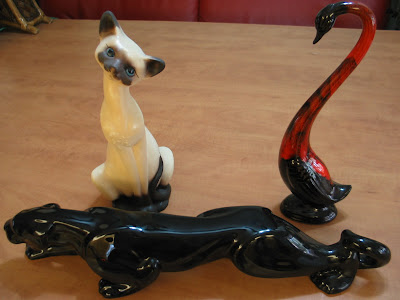 Here is the floor cat. He's about two feet tall. He sits in the corner and guards the base of the pole lamp just in case some canine might think it's a really thin tree. He came from an midcentury/antique store in St Petersburg, FL. If I recall he was about twenty bucks. 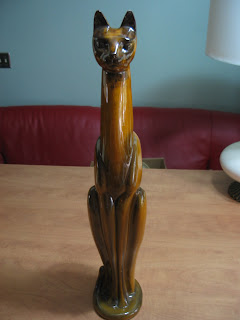 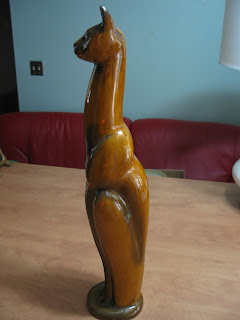 This cat has lots of relatives who are in the television industry. As in the black panther TV lamp industry. This guy does sit on the top of an old TV, but he doesn't backlight the wall to keep the TV's radiation from burning out my retinas in the dark. This cool cat came from a midcentury/antique store in Ft Myers, FL. If I recall he was overpriced at about sixty bucks. 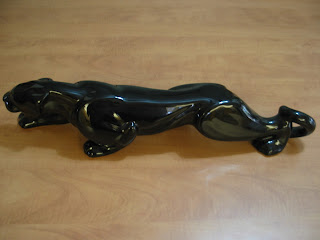 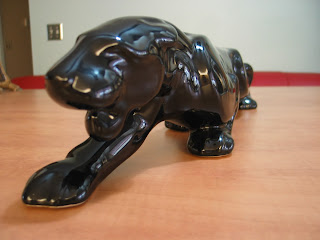 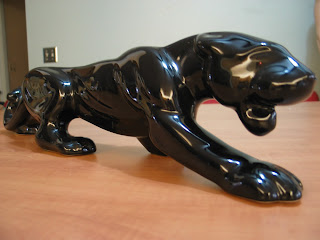 Siamese cats were big back in the 60s. Some had their eyes cut out and incandescent light shone out from the holes. That was creepy.

Sometimes there were a pair of them attached at the hip. I guess those would have been siamese twin siamese cats. I'm not sure.

But this one is just a sweet looking single siamese cat that Wonder Woman (I don't have to keep explaining who Wonder Woman is, do I?) found for me. It's not even ceramic. I think it's chalkware. Someone cut a slot into its back to make it a bank but neglected to make a hole in the bottom to get your pennies back out. What a maroon!

Maroon ~ noun ~ A term of derision often uttered by Bugs Bunny when referring to an interaction with a dopey adversary. It is a mispronunciation of the word "Moron". Example: "What a Maroon!" "Will ya get a load of this maroon" 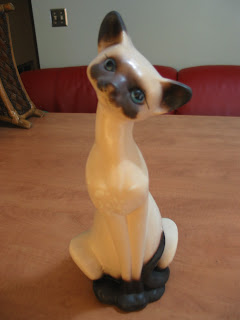 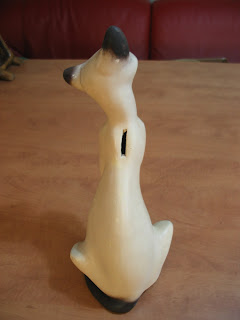 So much for the cats. I have two birds too.  I saw this swan in a thrift store in Fort Myers for a couple of bucks. Pete Campbell has one on a shelf in his snooty, Upper East Side, Park Avenue apartment. I bought it anyway. Less than five bucks. 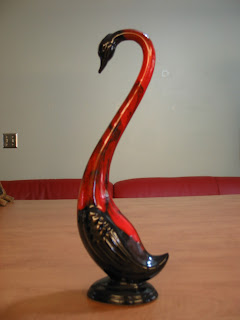 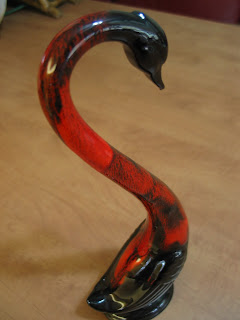 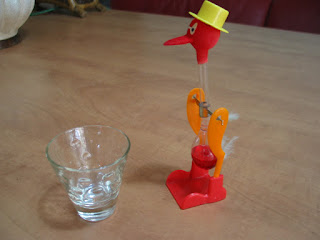 And last, but not least, here's Nipper - the RCA dog. He's all original, made of plaster, and showing his age a little bit. But he's mine. All Mine! And priceless. 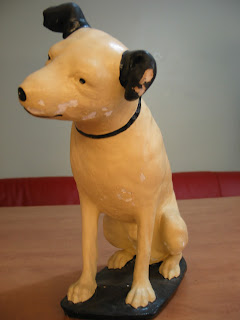 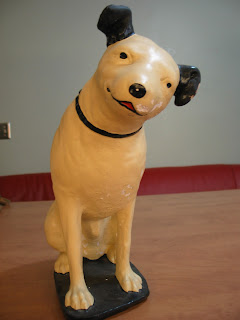 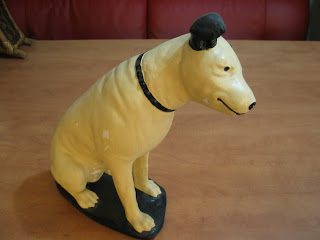 So that's my animal collection. More collections to come.