Let's Identify: This Side Table

Last Friday I started what will become a regular Friday feature. I called it - Let's Identify: Fill In The Blank. Last week I had a couple of blonde wood end tables that I believe came from the early 50s. So following my own lead from last Friday, let's have another look at an end table. This one: 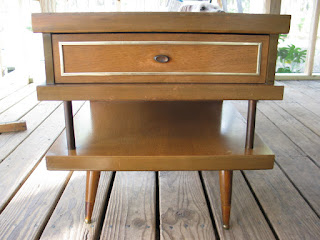 Even by the standards of the 1960s this is a small table. It's only twenty inches square and twenty one inches tall. But even though it's small in stature it's long in history (sort of). 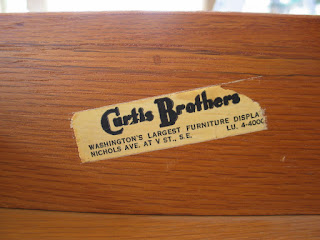 Photo 2 shows the Curtis Brothers, Washington, D.C. tag where this table was originally sold. The Curtis brothers, at one time, owned the tallest chair in the world. It was a promotional item. It was over 19 feet tall and made by Bassett in Virginia. It was modeled after a Duncan Phyfe chair and was made in 1959. Not that this has anything to do with this table, but it does show that I do my research.


I can't say how old this piece is, but it does have dove tail joints in the corners of the drawer which I think is not only a sign of age but also quality. I also don't know who made it. If the stenciling on the bottom is any indication please let me know. I won't swear that it's walnut, but I think it is.


This is kind of an interesting leg and foot detail that you don't see everyday. 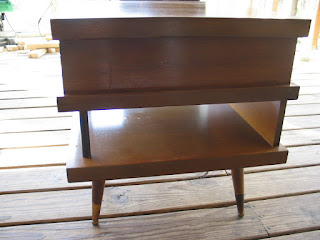 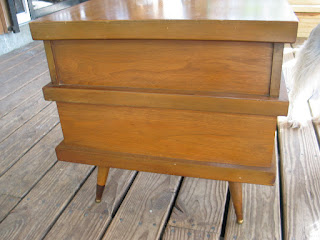 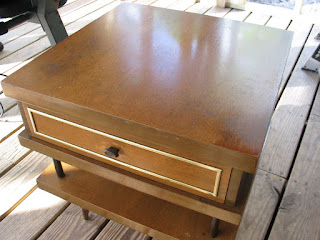 And here are its mug shots. So . . . ever seen one of these before? A little walnut, a little brass, a little table. If you're thinking to yourself Gosh, you're so lucky, Dave. I wish I owned that table. Never fear, it's for sale. Go back to the front page and click on "Stuff For Sale".

Let's do this again next Friday with something other than an end table.