Route 66 - Probably Not What You're Thinking 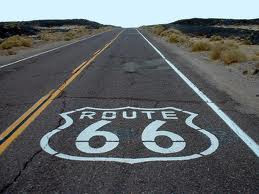 
Yeah, I know what you're thinking. Holy smokes, Batman - not another midcentury blogger writing the umpteen thousandth post on that old stretch of highway. No. No way. It's been done. To death.

This is much better (even though it's probably been done to death too) It's . . . 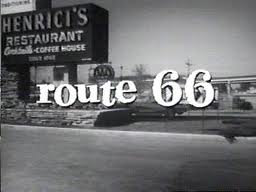 You know the one. The one with the snazzy theme song, and the cool Corvette. 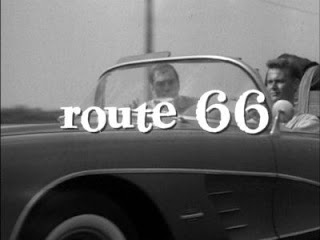 You've heard of Route 66. It starred:


Hey, I'm the guy who's always going to give it to you straight. This was not television excellence. This was an OK show. But I'm going to encourage you to see it if you can because of the buildings, the scenery, and the midcentury coolness that just runs rampant through it.

Oh, not every episode has cool stuff, but the ones that don't have cool midcentury stuff might have special guest stars that appeal to you. Such as:


Truth be told I was up against a deadline and didn't have anything planned. Thank goodness for old TV shows. There are about a million articles about Route 66 (both the highway and the TV show) on the internet. Feel free to do individual research. Class dismissed.

We'll be back later with . . . more stuff.
Posted by Dave