Hey, I got your ceramic dish right here. 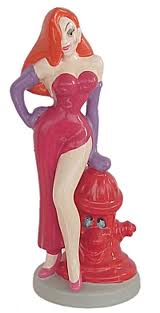 
The ceramic dishes that we're supposed to be looking at are these.


You know the rule. I mentioned it last week. If you have 3 or more of something it ceases being clutter and becomes . . . ta da - a collection.


Okay, first up, my favorite the red leaf dish. Got it at the Goodwill not too far from me. I have no idea what it's really called, so we'll just say red leaf dish. Here's the business side . . .

and here's the other side. Or the side people always look at to determine if they really have something or not. So . . . do I have something? Beats me. I don't care if it's collectible or not. I like it.

Okay, moving right along. Here's item #2 in today's collection. The green leaf dish. Pretty original name, huh? Wonder Woman brought these home one day. I say these because we have two of them. Could be a candy dish, could be a number of things dish, but to me they're the "cover the bad spot on the end tables" dish. Or the green leaf dish for short.

And here's that other side because everyone wants to know if they're something or not. Looks like they're Santa Anita Ware. Wasn't there a race track in Santa Anita? Guess the ponies and ceramics were both big in Santa Anita in the 60s.

Looks like an ash tray. How do I know it's an ashtray? It has a place for three butts.

My cousins grew up on a farm, and they went to the bathroom in a wooden shack that had a place for three butts, though it wasn't an ashtray. Had Sears catalogs in it too, but probably not for reading.

Anyway, here's a nice green ashtray with evidence of very little if any use.

What about this big boy? Is it a Chip and Dip? I don't know. I suppose you could put dip in the middle and chips on the outside. Or mints and mixed nuts. Beats me. But it's from the same Goodwill that red leaf dish came from.

It has my splash color in it, Orange. Orange. That's my splash color. Whenever I need a splash of color - I go orange. You know what they say: Once you've gone orange you'll never go . . . hey, nothing rhymes with orange.

And what's on the back you ask? Marcia. It's a Marcia. A Marcia, Calif USA. Whatever that means.

Here is the mystery bowl. Neat color of Jade Green on the inside, kind of rough on the outside. But what makes it a mystery bowl is the markings on the side.


Am I harboring something valuable? Something dangerous? Something 10,000 years old? Do you pour eye of newt in it and something appears? Beats me. But  for a couple of bucks I thought it was worth bringing home, even if some Asian conjurer did bring dead people back to life with it.

Some of you who read Asian languages might know what it says on the side of this bowl so here are some good closeups.