Let there be more light.

This posting is all about the three newest lamps in my collection. I'm fond of saying if you have at least three of something it ceases being clutter and becomes a collection. What does it become when you have about forty of something? Collection just doesn't seem to be a strong enough word for that much of anything.

This baby just came in from an ebay purchase. Come on in and have a look at my new lamp stuff. 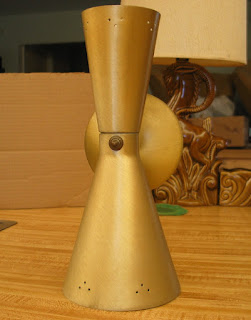 I have no idea who made this. Doesn't really matter. It's mine now. But it wouldn't have been if I had been paying attention to what I was doing when I won it.

The bids were up to about forty something dollars. I bid forty seven and was immediately outbid. I figured I'd go up to fifty one dollars and either win it or quit it. So I entered a five, a one, and two zeros. Forgot the decimal point. My last bid was fifty-one hundred dollars. Fortunately the bidding stopped at one hundred five bucks. Man did I ever screw myself over. There's no way I would pay a hundred five bucks for a brass sconce. Except in case of extreme stupidity. The lesson learned here is make sure you enter your decimal points.

My parents were married in the early 50s. They received a lamp as a wedding present from my dad's aunt. It was a brand spankin' new horse lamp with planters. Since I wasn't around yet, I have no idea what it's first several years were like, but I do remember getting that lamp in my room at around ten years old. I had it for years. I don't remember exactly what happened to it. I do remember getting some of those new orange plastic cone on wooden tripod lamps. That might have been when the "horse" lamp went away.

Fast forward 40 some years. I saw a picture of the "horse" lamp somewhere. Did a little ebay search. POOF! Found one, ordered it, got it in the mail. I'm now reunited with the "horse" lamp of my youth.

Except that now I realize - it's not a horse.

I already have a new (well, not "new") shade for it. One of those fiberglass - looks like animal skin - shades from the 50s for it. Paid a whopping three bucks for it. Much more appropriate, don't you think? 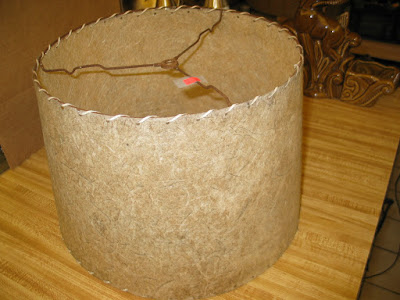 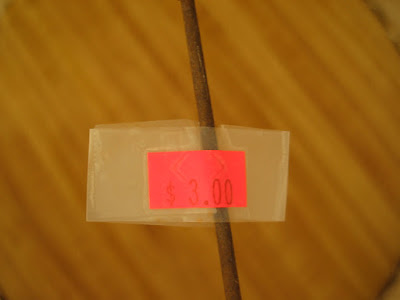 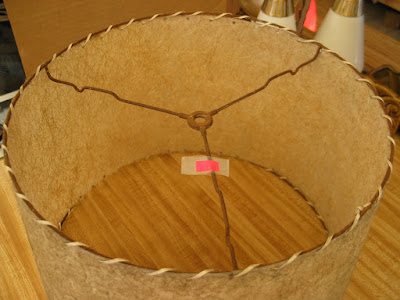 Yeah, I know. I forgot to take a picture of the lamp with its new shade. Trust me it looks great.

I didn't really need these next three lights. They were drifting at around forty bucks on ebay and I couldn't allow them to go to someone else for that little money. So I got all three for 60 bucks. The rule is: when you see something cool - Get it! Worry about what you're going to do with it later. I don't know what to do with these lights yet, but when I do - I'll have them.

That's the end of the light show.